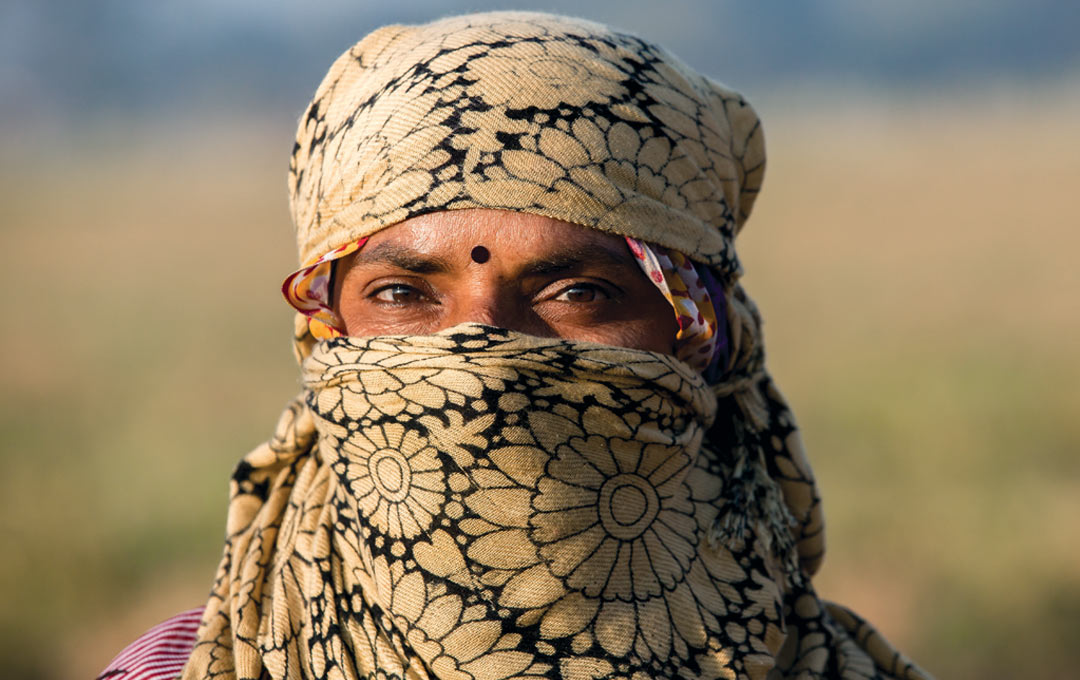 According to the World Bank’s 2012 World Development Report, women comprise 43 percent of the agricultural workforce worldwide. The WHEAT strategy on gender is designed to improve the effectiveness of research and development initiatives and foster equitable access to resources and rights for women and men.

Gender affects wheat production in many low- and middle-income countries, where women in villages lack legal rights or face social or cultural exclusion from access to land, information, credit or new technologies.

“Research has shown that women spend more of their resources on children than do men,” said Lone Badstue, CIMMYT’s strategic leader for gender research and mainstreaming. “Improving women’s access to resources can directly benefit children’s wellbeing and development. In fact, a 2011 report from FAO states that providing women farmers with equitable access to agricultural resources could remove as many as 150 million people from the ranks of the undernourished.”

In 2013, WHEAT obtained CGIAR approval for its gender strategy. “The aim is to strengthen WHEAT’s ability to address issues of gender and social differentiation in wheat research-for-development and to ensure that our efforts promote equality and transform unequal norms, wherever possible,” Badstue added.

WHEAT also commissioned a gender audit that was undertaken in 2013 by researchers from the Royal Tropical Institute (KIT). In the WHEAT gender strategy, the auditors found a clear commitment – as well as a rationale and policy direction – to address gender concerns. They also saw evidence of steps to integrate a gender focus into WHEAT projects, but concluded in general that dominant gender-related attitudes and practices needed to be challenged in research projects, if gender strategy goals are to be achieved.

These and other audit findings provide solid input to enhance targeting and impact in WHEAT projects, and will foster strategic and practical follow-up, according to Badstue. The findings were discussed and validated at a 2013 workshop that involved CRP coordinators, senior management, gender experts and biological scientists. 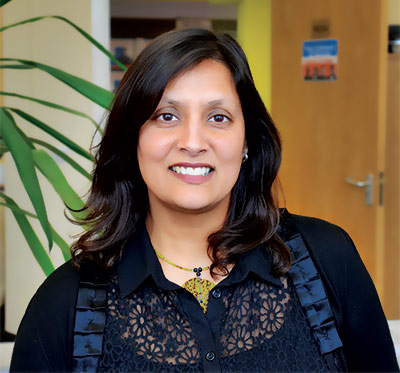 “Women are not recognized as farmers or agricultural producers, so they are largely blocked from support servicees like subsidies or extension assistance…”
-Tahseen Jafry
Professor at Gloasgow Caledonian University

Gender and social equity are key development issues in South Asia, a region that is home to half the world’s poor and where wheat is a major crop, but where there has been little research on the role of gender in wheatbased cropping systems. “We lack evidence about which groups are poor and excluded and about the nature of their production, consumption and marketing issues,” said Tahseen Jafry, a professor at Glasgow Caledonian University, UK, who specializes in gender and justice issues associated with climate change and agriculture. “But such groups clearly need better ways to access, adapt, adopt and apply new knowledge about technologies, institutions, policies and markets, so they can fully benefit from new developments.” 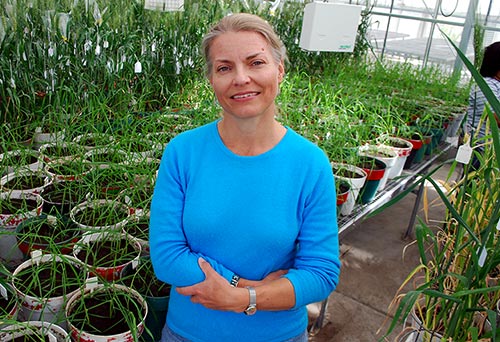 on an 2013 visit to Sindhupalchowk village, Nepal, Lone Badstue, CIMMYT’s strategic leader for gender research and mainstreaming, learned that organizing into farmer and seed producer groups enhance women farmers’ access to resources like improved seed and fertilizer and improves their incomes and their families’ nutrition.

On behalf of WHEAT, Jafry led a scoping study on gender and equity in wheat farming in the Indo-Gangetic Plains, a 700,000-square-kilometer region that cuts across Pakistan, northern India, Nepal and Bangladesh. “The study examined the social architecture around wheat-based activities,” Jafry said. “As part of this, it analyzed how cross-gender relationships and social positions vary and how this may influence access to and use of improved agricultural technologies, knowledge and practices.” Results showed that women’s roles in wheat farming vary greatly across social groups and locations and described the factors that determine who gets access to key goods and services.

“Land ownership, for example, is officially recorded in the name of a man,” Jafry said. “Women are not recognized as farmers or agricultural producers, so they are largely blocked from support services like subsidies or extension assistance.”

Despite these constraints, said Jafry, the study also revealed a vibrant social architecture – including partnerships, networks and alliances – that addresses gender and social exclusion issues in agriculture and which could play a positive and influential role. As examples, she cited Rangpur Dinajpur Rural Services (RDRS), a non-governmental organization working to empower the rural poor in Bangladesh, or Women Organizing for Change in Agriculture & Natural Resource Management (WOCAN), which strives to build leadership and empower women in Nepal. “Connecting with these agencies could help bridge the gap between research and development,” she said. “Using gender-inclusive approaches as applied by these NGOs may be the only way right now to scale up technology adoption and achieve measurable household-level impacts in wheat research.”

Jafry recommended broadening collaboration, developing a regional strategy and setting impact targets for gender equality and social inclusiveness that are closely in line with the overall policy environment. “The aim,” she explained, “is for wheat research to better align with the broader development agenda, agricultural research-for development, food security and nutrition, and the post- 2015 Millennium Development Goals.”

“If women farmers receive information on climate change mitigation and adaption strategies on mobile phones, they can discuss this in an informed way with their husbands and thus improve their participation in household decision-making.”
-Surabhi Mittal
CIMMYT socioeconomist

The Future of Gender in WHEAT

Together with qualitative methodology expert Patti Petesch and CGIAR colleagues Paula Kantor of Worldfish and Gordon Prain of the International Potato Center (CIP), Badstue is coordinating a global, comparative, qualitative study on gender norms across WHEAT and 11 other CGIAR Research Programs. To begin in 2014, work will build on methodologies applied by the World Bank in such global studies as “On Norms and Agency” and Voices of the Poor. “We’re aware of gender norms and patterns in agriculture and CGIAR work,” said Badstue, “but how and why agricultural innovations improve women’s lives in some settings but not others is not yet well understood.”

Participants will investigate numerous cases of evolving gender norms and “agency” – a person’s ability to define her or his goals and act upon them – in the context of agricultural innovation, providing core data for analysis across gender, generations, socioeconomic groups and community and country contexts. “This will help the CRPs advance along their established impact pathways and adjust activities as needed to achieve lasting and equitable improvements in agricultural outcomes,”said Badstue. 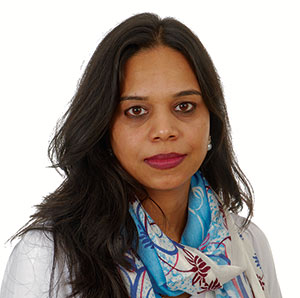 A farmer in Haryana, India, said she did not understand the importance of working in agriculture until meeting CIMMYT socioeconomist Surabhi Mittal (photo, left). An agricultural economist, Mittal began studying technology and farmers for CIMMYT in India in 2010. Her team’s 2013 projects focused on understanding gender perspectives and behavior and arranging for female farmers to receive mobile phone voice messages with customized weather, seed and fertilizer advice, as part of a pilot project launched by the CGIAR Research Program on Climate Change, Agriculture and Food Security (CCAFS).After three months of receiving these agro-advisories, the Haryana farmer mentioned above wrote to tell Mittal that she was inspired to work for food security.
“I started the discussion with other women to increase their active contributions in agricultural activities,” the woman farmer said. “After some initial obstacles, now many women are taking interest in modern agriculture.”Cultural norms in the region make it hard to do effective gender research, said Mittal, who in the last two years has moved more formally to apply a gender lens to her research. “It’s problematic for female students and enumerators to travel to the field and difficult for extension agents to interact with female farmers or farmers’ wives,” Mittal said. But increasing access to information empowers women working in wheat-based cropping systems, according to Mittal. In the case of the agro-advisories, study results show that listening rates are often higher among women than men, in villages where women have access to such messages.